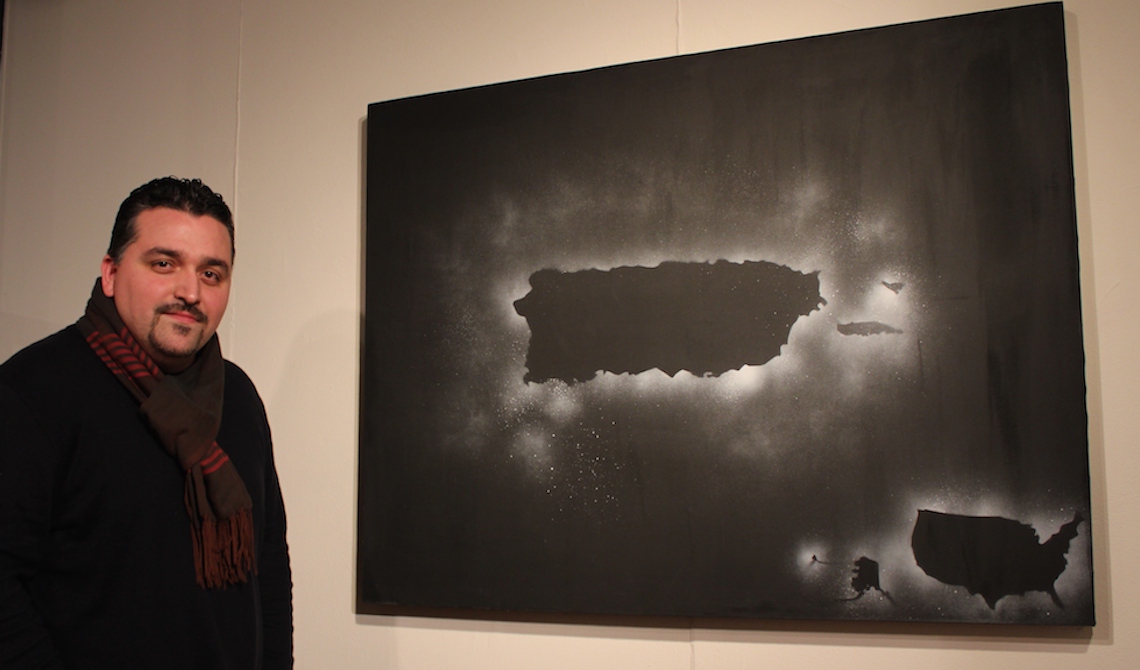 "Ciudadano" Fighting for Citizenship Through the Arts

Last Friday, our La Galería filled with people - of all ages and backgrounds - celebrating the opening of Fernando Ruíz Lorenzo’s exhibit, “Ciudadano,” or “Citizen.” The Gallery Opening honored “100 years of Puerto Ricans as citizens of the American empire;” and as one spectator said, the art [and accompanying panel discussion] evoked feelings of “hope and despair.” [caption id="attachment_7548" align="alignright" width="300"] 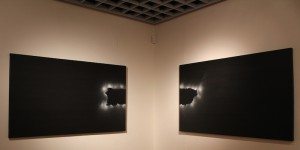 "Isla Dividida," by Fernando Ruíz Lorenzo.[/caption] Ruíz Lorenzo, born of Puerto Rican parentage, was raised in the Bronx of New York City but told us, “I’ve never felt like a first generation American,” and according to his fellow panelists, he is not. The discussion highlighted what has gone unnoticed to many ‘stateside U.S. Citizens’ for nearly a century: Puerto Ricans have been citizens of the United States since 1917 when the Jones-Shafroth Act was passed by Congress and signed into Legislation by President Woodrow Wilson. This Act not only made Puerto Ricans American citizens, but it also created a triple tax exemption of Puerto Rican bonds - at the federal, state, and local levels- which can be traced to the current Puerto Rican debt crisis. Inspired by the streets of our very own Villa Victoria Community, Ruíz Lorenzo said he could not have found a better place to share his work. “There aren’t a lot of communities like this one, with such a concentrated diaspora... within these five or six blocks, I could meet people from my community and have something in common with them; I felt right at home here.” Prior to the opening, Ruíz Lorenzo said he hoped the exhibition would serve as a vehicle for progressive dialogue, reflection, and exploration of a vision of citizenship within a decolonial perspective - and we think he accomplished this goal. [caption id="attachment_7549" align="alignleft" width="300"] 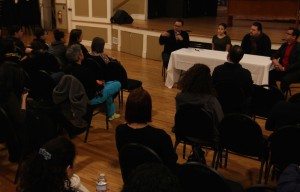 Pedro Reina Pérez introduces the Ciudadano panel discussion.[/caption] Leading panelist & Puerto Rican native, Pedro Reina Pérez, Harvard University’s Wilbur Marvin Visiting Scholar, introduced the conversation saying that, “[Puerto Ricans] are second class citizens because we are not able to exercise the same rights as U.S. Citizens stateside; so, it’s an irony, a paradox.” Fellow panelist, José Buscaglia, Ph.D., and Northeastern University’s Chair of Cultures, Societies, and Global Studies, shared a personal story to perfectly sum up this ‘irony.’ “Though I was born in Puerto Rico, I have lived most of my life in the United States. Often, the first question people ask upon meeting me is, ‘When did you come to America?’ To which I must always remind people, ‘The United States came to Puerto Rico.” Reina Pérez said he was drawn to the exhibit because the black & white paintings reminded him of blackboards. He explained, “Blackboards were a huge part of the effort undertaken in the U.S. to educate Puerto Ricans into becoming ‘good Americans.’”

“As you go higher up into Puerto Rico, I remember it being lively and colorful, but now, the paint is chipping from the buildings and there is no music playing.” - Abigail Ortiz, Villa Victoria Resident

Abigail Ortiz, a 14-year-old resident of the Villa Victoria & member of our Youth Development Program moved from Puerto Rico to Boston as a child, shared how this topic affects both her & her family. On a recent trip to the island to visit family, she recalled empty streets and deserted stores, “As you go higher up into Puerto Rico, I remember it being lively and colorful, but now, the paint is chipping from the buildings and there is no music playing.” Reina Pérez added that many Puerto Ricans are moving stateside to places like Texas and Florida to find jobs, “and it’s making Puerto Rico poorer every time.” [caption id="attachment_7550" align="alignright" width="300"] 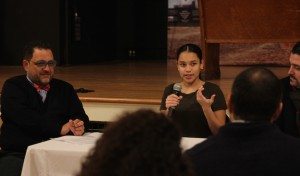 Abigail Ortiz, a member of our Youth Development Program spoke on the Ciudadano panel.[/caption] Ortiz continued saying, “No one wants to be here, but they have to for the jobs. Like my Mom, she doesn’t even like to speak [English] anymore, she just wants to go back home.” The audience ‘snapped’ in agreement with Ortiz. It’s the many stories like Reina Pérez’s, Buscaglia’s, and Ortiz’s that inspired Ruíz Lorenzo to create Ciudadano. Speaking about the current difficulties many are facing in both Puerto Rico and the United States right now, Ruíz Lorenzo said, “I paint to keep going, to connect, to have these conversations.” [caption id="attachment_7551" align="alignleft" width="300"] 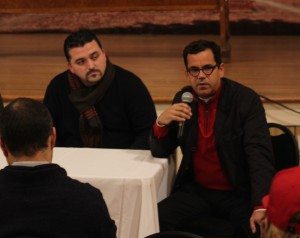 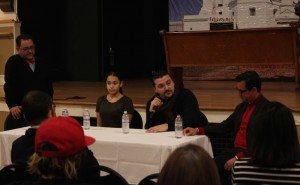 Ciudadano artist, Fernando Ruíz Lorenzo, encouraged the audience to connect to their community.[/caption] Ruíz Lorenzo offered these closing remarks, “Our job is to work for this expanded notion of citizenship through the arts, move beyond our constricted identities, and connect with other people’s struggles as our own.” He added, “The only way we will get through this moment is if we start to understand.” Ciudadano is certainly an important and unique contribution to the current debates surrounding Puerto Rico. It's thought provoking content brought about many emotions & sparked many crucial conversations. To view this inspiring exhibit, contact Alexander Vazquez at avazquez@ibaboston.org or by calling (617) 927-1717. Please also consider donating here, so we can do our part and continue holding important events like this one that support the future of our community....