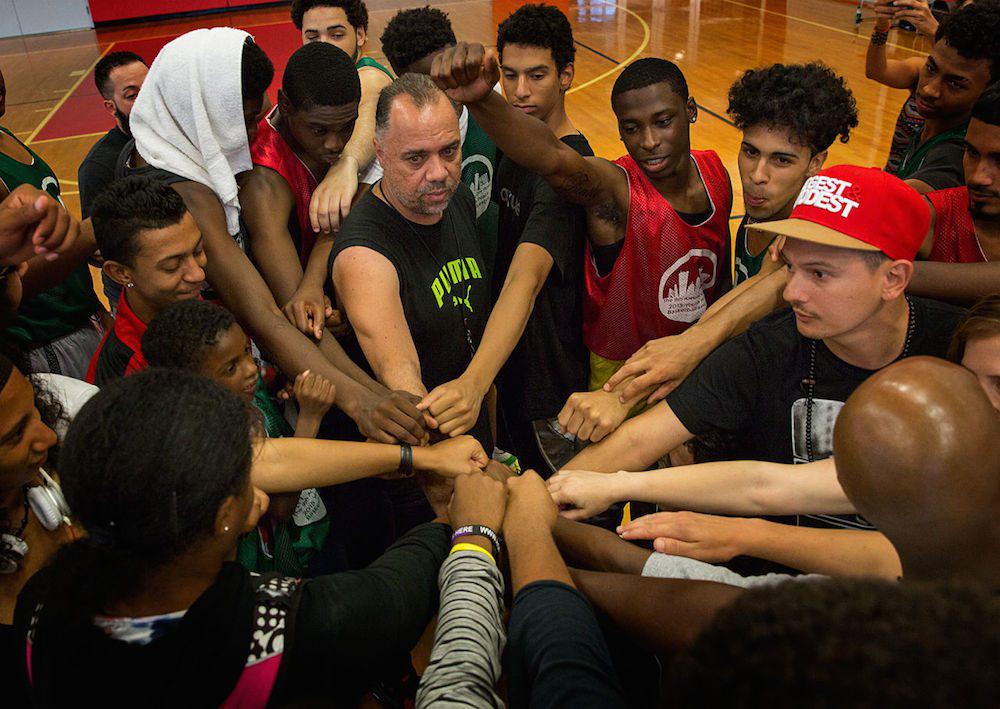 One Hood, Uniting our Youth through Basketball

At first glance, it might not seem this way, but in some Boston neighborhoods the streets can be rough on our youth. “It’s hard to be a good kid now because there’s so much pressure from the bad kids to either join a gang or to be like them. It’s making it very tough for the youth to just be themselves,” explained Officer Jorge Dias, Boston Police Officer in the South End. “A lot of these kids come from tough family lives. A large percentage have single parents, or siblings/parents that are involved in drugs and they have little or no food.” This is the harsh reality that young people have to endure, but they deserve an alternative. They deserve options. We know that our youth is a reflection of the future of our communities and that they need opportunities for personal development, to be safe, enjoy themselves, and build friendships. With One Hood, a basketball league that forms part of our Youth Development Program, we have striven to provide these opportunities over the last nine years. Officer Dias shared: “It’s an option on how to get out of gangs, an option to say no. Just join the basketball league and don’t worry about having to come up with excuses as to why you can’t join the gang.”

The program engages 48 young people from ages 12 to 17. However, this program is not only about playing basketball. It’s about giving young boys and girls a real chance at having a place to belong, a safety net and proof that they have options. “Basketball saved my life. It kept me busy and positive all the time,” said Mayan Tamang, youth advocate and program coordinator. “I made it a goal of mine to continue this and take it to the next level.” So far, Mayan has succeeded in inspiring young people to do the same. “It’s all about the upcoming generation, it’s about the future of the younger kids,” said program participant, Jimmy Edwards. “We can live and be older adults, we’re seeing how things are and if there’s a way to make things better it starts with the younger generation.” 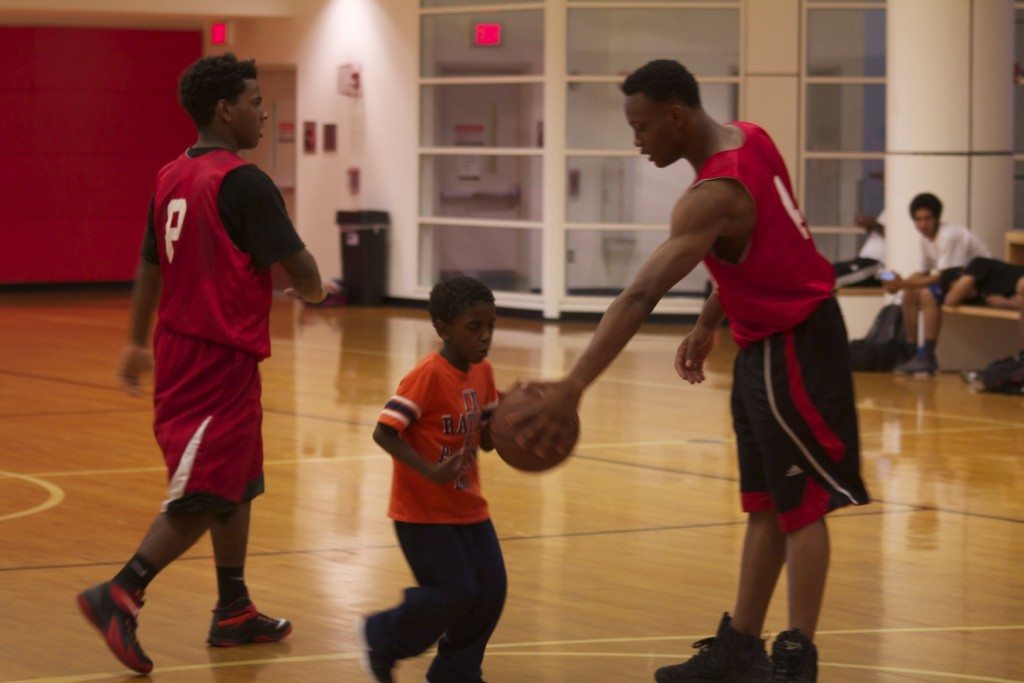 Some of the youth that start out playing become coaches when they’re older, on the court; but outside the games they are mentors and role models. Mayan shared anecdotes of kids in the league who have set a positive example by going off to college and coming back to play during the summer. The rest of the youth can see that they too can have that opportunity.

During the summer, different teams from all around the Boston neighborhoods trained and played together. Although they might be rivals on the street, in the league everyone is a family. There are no assumptions, it doesn’t matter what neighborhood you’re from, young people can come together feel like individuals and find an escape from their daily pressures. “For these kids, they can go there and not have to be part of anything. They can represent just themselves,” said Officer Dias. “They laugh, they joke. It’s enough to keep them from wanting to kill each other.” 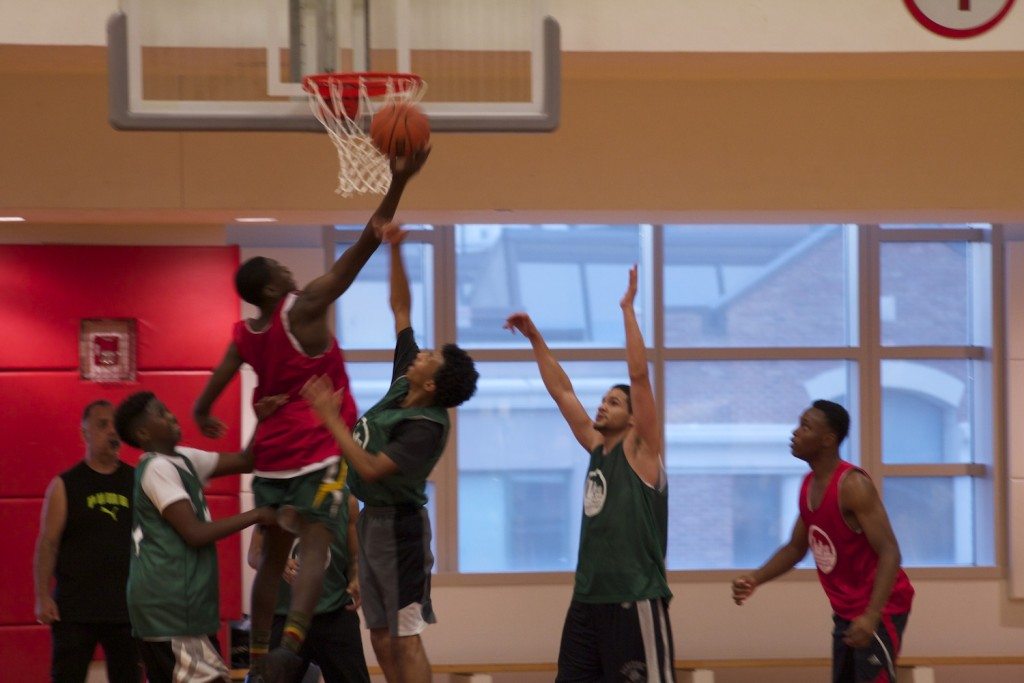 In a time when young people are hard pressed to find things they can connect with, this program resonates with them, “Basketball is a family thing, not like books or anything like that. This is something bigger,” explained Angel López, a parent and coach at the program. This year the season came to an end with the final game at Boston University's athletic facilities, in which the red team came out victorious against the green team. The winners got rings for an excellent job, and although some green members were upset about losing, to them this just means that next year they will come back stronger. Mayan said that next year is going to be even bigger than this past one, they’re already starting plans for the 10th year anniversary. See and hear press articles about IBA's One Hood Peace Basketball League: WBUR, Boston Globe, BPD News Your contributions are what help successful programs like this and other youth programs make a difference in young people’s lives. There’s still a long way to go, but with your donations we can expand the reach of our programs. To donate click here. 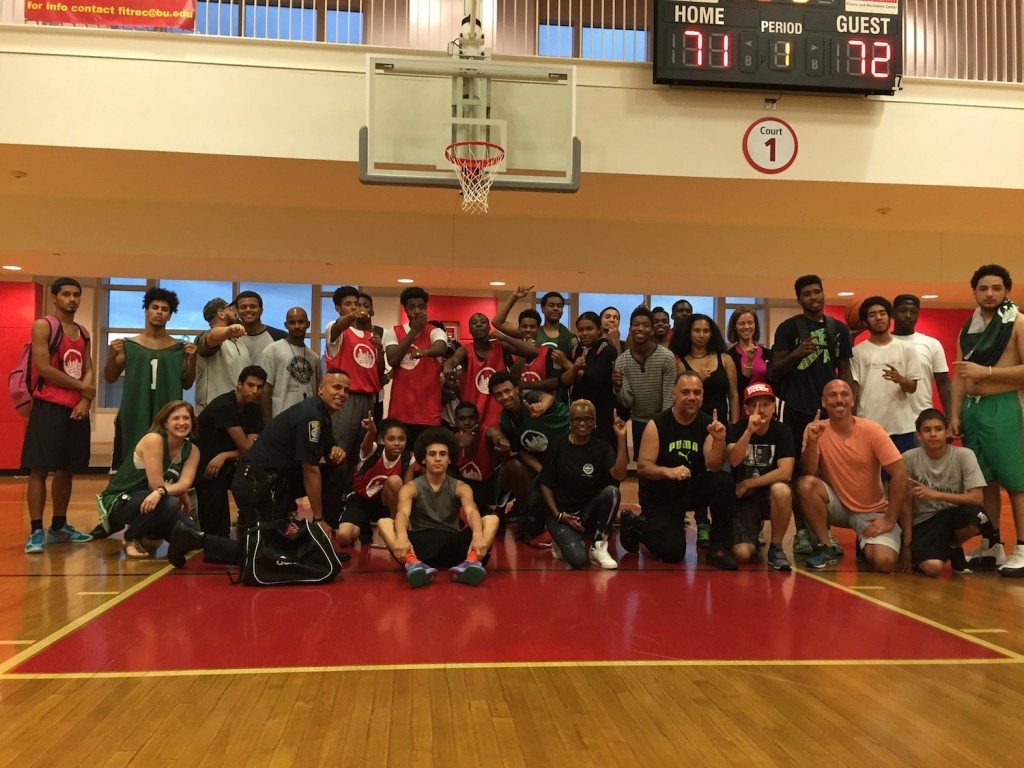 One Hood Tournament is back for 2016! Let us know if you can attend a game: click here....