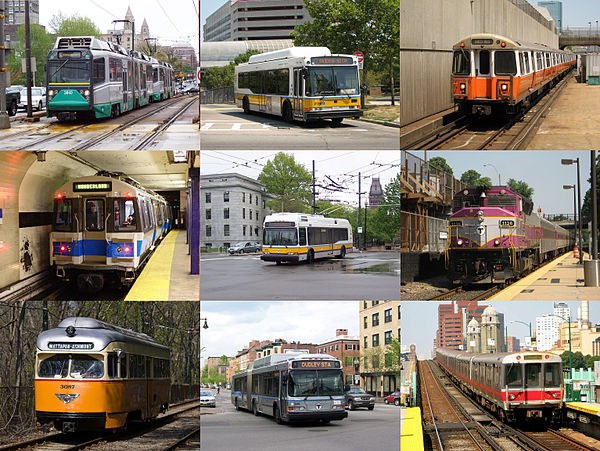 Transit Woes: The State of Transportation in Massachusetts

Finding affordable, reliable transportation in Greater Boston can feel nearly impossible. Despite being ranked the third most “walkable” large city in the U.S., Boston is one of the most congested cities in the U.S. and possesses a public bus, subway, and commuter rail system that experiences regular disruptions stemming from outdated infrastructure and decades of underinvestment.

Here, we dive into how the state of transportation in Greater Boston shapes and impacts the lives of low-income residents to better understand how to improve it.

Housing is defined as “affordable” when it costs, at most, 30 percent of an individual or family’s income. However, very rarely are regional transportation costs incorporated into the equation. A 2016 mapping of affordable housing across the U.S. found that, in high-density communities where residential costs are high like Boston, “gas prices, car maintenance, monthly transit passes” and other transportation expenses can equal “15 percent of what a typical local low-cost household makes in a year” (Shima Hamidi and Reid Ewing in The Atlantic).

Transportation-related expenditures can therefore be the tipping point for individuals and families who are on the verge of being unable to afford living in Boston. The combined financial burden of housing and transportation continues to contribute to the displacement of low- and middle- income households out of the city into less-expensive communities where public transportation may not be as robust.

Studies have found that convenience dictates whether or not people own a car. So, although Greater Boston residents have extensive access to public transportation, it’s not necessarily convenient. For instance, over the last five years, the MBTA subway system has experienced 40 derailments, more than any other transportation system in the U.S. (The Boston Globe). The poor quality of Greater Boston’s transportation infrastructure – paired with frequent bus, subway, and commuter rail operating delays – have made commuting to and from the city difficult and kept many people in cars. The traffic resulting from commuter car use is not only frustrating, in that it detracts from residents’ time spent at home, but it’s also debilitating for many low-income workers who earn an hourly wage and must be consistently on-time to make a living.

The Solutions – Among Many

Policymakers need to take a serious look at the state of transportation in Massachusetts and Greater Boston. Right now, only seven percent of 134 state and municipal lawmakers and officials have monthly transit passes, according to The Boston Globe. The policymakers that shape transportation must understand public transit in Greater Boston – and that starts with taking it.

In addition to increasing affordable housing in the urban core to ensure that the people that work here can afford to live here, we must lower the cost of public transportation for low-income households and make more reliable the services that they regularly use. For instance, Tanisha Sullivan, President of Boston NAACP, recently proposed making public transportation “fare-free for students and seniors” and instituting “flat rates for the commuter rail” to allow for people living outside of Boston to afford commuting in (Boston Magazine). Advocates – such as The Boston Globe’s editorial board and Boston City Councilor At-Large Michelle Wu – are also promoting the adoption of a fare program first piloted by the city of Lawrence, which has made three bus routes free within the city. Proponents contend that the city of Boston should similarly study, identify and offer free bus fares for a few critical, highly trafficked routes that run through low-income communities. One candidate for a potential pilot would likely include the 28 route that serves over 12,000 riders each week, runs through Mattapan and Roxbury, and provides an important shuttle to the Ruggles MBTA station and the Longwood Medical Area.

Reducing financial barriers to access should and can also be paired with physically prioritizing bus transportation, which predominantly serves low-income residents and people of color. Bus Rapid Transit (BRT), which physically separates bus and vehicular lanes, is one of the first and foremost solutions to better improving travel times and reliability. By reserving space for public transit on our streets and making it less financially burdensome, riders will be more likely to choose a bus over a car to get to work, run errands and move around the city.

The affordable housing and transportation crises are intertwined. By making Boston a more cost-effective place to live, we can get more cars off the roads. But, to do so, we must invest in our public transportation systems to ensure that they can handle the demand.

We are proud to be working to develop housing opportunities for low-income households and minority residents in Boston. For more information about Resident Services or Affordable Housing, please contact Mayra I. Negrón- Rivera at (617) 927-1708 or mnegron@ibaboston.org.