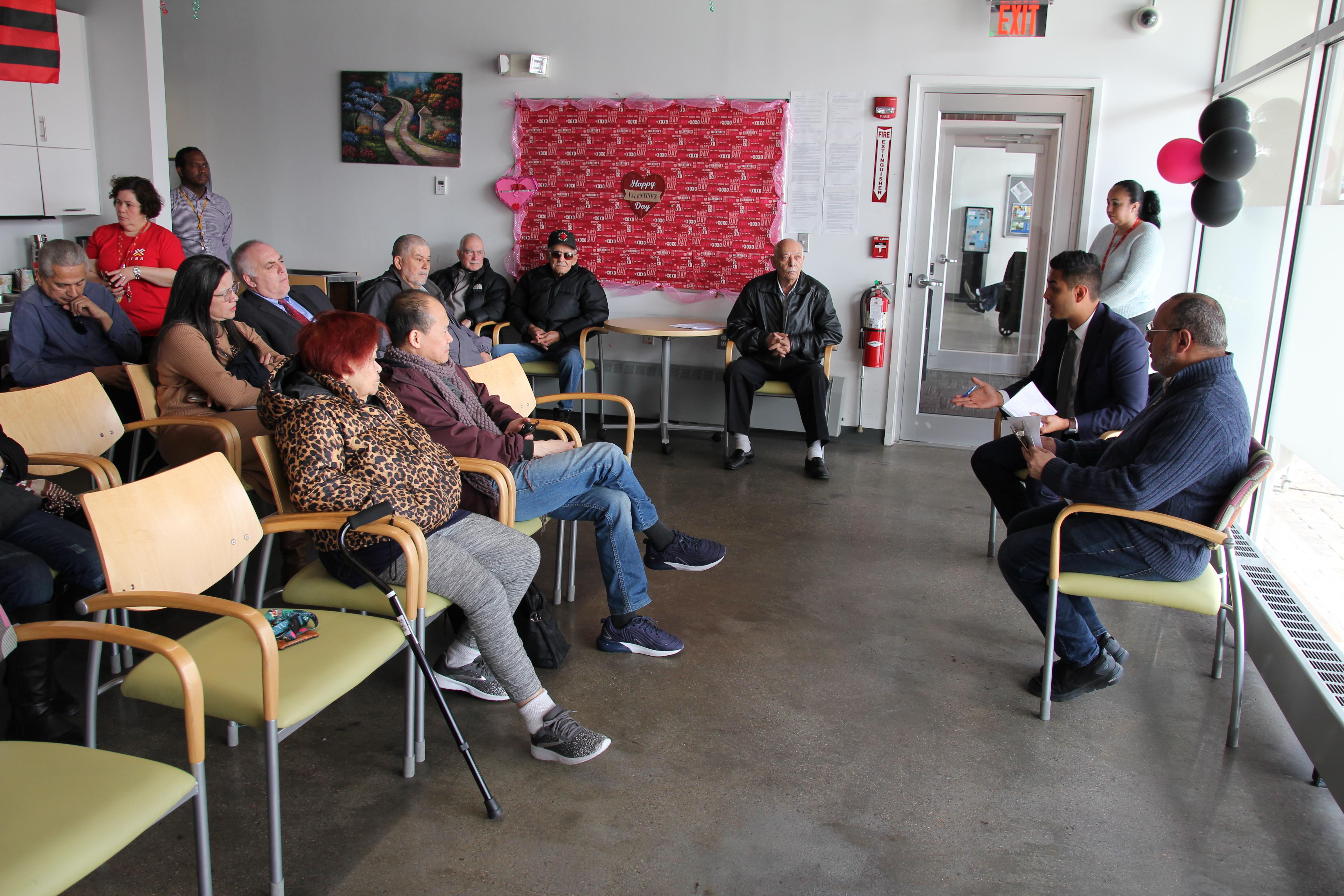 The Voice of the Community | Donuts With Delegates

2020 is one of the busiest political years that we can recently remember. There are a number of pending housing and community development priorities in the legislature and we only have seven months before the end of the session.

For those reasons, we have called our State Representative, Jon Santiago, and Eduardo Moreno Méndez, a representative from the office of the State Senator Sonia Chang-Diaz, to discuss important local issues related to our community and daily life as well as important political matters that are actually being considered in the State House.

During the event, we presented for the consideration of Representative Jon Santiago and Mr. Moreno three talking points that we would like them to address at the state level. Here are the most urgent requests and initiatives:

In addition to these topics, we asked the representatives to address the need of sidewalk repairs and to tackle more decisively the establishment of groups with suspicious behavior in some areas of our community.

We sincerely thank Representative Santiago and Mr. Moreno for their presence in a so very important event for our community. We trust that our concerns will be addressed and will provide periodic updates on these issues.